A Primer on Integrative Law

Cutting Edge Law explores the many facets of Integrative Law.   Integrative Law is an emerging worldwide movement to create a legal system that grants dignity and voice to everyone in the legal system, crafting values-based, creative, sustainable, and holistic solutions that build and strengthen relationships.

There are many expressions of this humanistic, peacemaking, problem-solving and healing approach to law that cover the spectrum from prevention to resolution.  Integrative lawyers practice in all substantive areas and have invented some new ones.  This site has thousands of files ranging from blogs to articles to videos to news articles about the integrative law movement and is in the process of being redesigned for better navigation. Here are a few resources to read and hear more:

Editor’s Note: Below is a draft of a potential wiki page that was created by a group of integrative lawyers.  It might also be helpful to have this context:  integrative law is a context for law, more of a lens than a practice area.  It is like putting on 3D glasses – your perception of the world changes.  The Integrative Law “glasses” have to do with seeing the legal system as an interconnected system of human beings.  The Integrative Law approaches are expressions of the interconnected view of the world that arise in many different contexts.

‘Integrative Law’ is an integration of the practices and methods of the adversarial system with newly emerging more humanistic and relational approaches to law. The term is relatively recent, and is mainly promoted by proponents of alternative legal models. It includes some forms of alternative dispute resolution plus some new models of problem-solving courts, such as drug courts. Some law schools have courses in integrative law topics, including therapeutic jurisprudence, comprehensive law, restorative justice, collaborative law.

The integrative law movement contains many models and practices. Some practices, such as peacemaking circles, originated among tribal societies. Others are more recent developments. At times, seemingly identical new models have arisen in different geographic areas. Different names developed, some of which are still used in making reference to the movement. Integrative law has been or is sometimes called comprehensive law, renaissance lawm transformational law,  visionary law, conscious lawyering, holistic law or holistic justice, creative lawyering, and relationship-based lawyering

At the heart of the integrative law movement, is a shift in law from a system that focuses on differences and separation to a system that includes and honors the opinions, perspectives and humanity of all stakeholders. Integrative law takes a broader view of stakeholders to acknowledge that legal problems and controversies do not arise in a vacuum but are part of complex, inter-related systems. Integrative Law offers practices that allow stakeholders to address the conditions that give rise to conflict and to engage conflict, once it does arise, in a way that restores community well-being and allows those directly affected by the conflict to meaningfully participate in its resolution.The models, approaches, and policy initiatives have arisen in response to a new awareness of interconnectedness.

The Integrative Law movement includes a variety of existing and emerging forms of legal practice, policy initiatives, and legal education aimed at transforming the legal system to more effectively reach its basic goals. As viewed by the integrative law movement, the basic goals of a legal system include but are not limited to providing access to justice; designing, managing, and healing relationships; and providing stable, organic, flexible structures for a just, stable and harmonious community.

Models, Approaches, Philosophies and Policy Initiatives The existing and emerging forms of legal practices flowing from the Integrative Law movement are known by many names and have various perspectives. The approaches share similar core values. Some of them are philosophies of law, some are models. Some are ways of being that are adaptable to any area of law practice.

Integrative law includes many models and approaches. Some people refer to the emerging models and approaches as vectors, based upon the term used in the work of law professor, Susan Daicoff. Daicoff has written extensively about what she called Comprehensive Law, identifying several lenses and five vectors of the movement. Integrative law includes Daicoff’s vectors and more, including models and philosophies such as:

Common Connection of Values and Principles

By whatever name, each of these approaches offers support to a transformation of the legal system. Many of those engaged in them consider themselves to be indicative of the future of law practice, responsive to the rapid changes in society and a movement toward a workplace (both for lawyers and their clients) interested in personal and spiritual growth opportunities as well as vocational activities. While the approaches may sometimes seem different, and will be described in more detail below, there is a common connection of values and principles. They include the following:

There are initiatives having to do with contemplative practice in law, uniting the inner life of the lawyer with the lawyer’s work, and the well-being of lawyers and the stakeholders in the legal system. Topics like forgiveness, apology, empathy, mindfulness, neuroscience, and emotional intelligence are subjects of inquiry and study. Skills like listening, non-violent and non-defensive communication are also explored, alongside the more common legal advocacy skills like types of thinking and problem-solving. Integrative lawyers strive toward civility and professional, ethical behavior as advocates, inside and outside the courtroom.

While not yet well-known in the mainstream, it is akin to the integrative medicine movement in bringing new ideas and perspectives into an existing system. Some approaches of the movement are more widespread and mainstream than others. For example, over 50,000 lawyers have been trained in one model, collaborative law. There are thousands of problem-solving courts in the United States and internationally. Only a handful of lawyers would call themselves lawyer-coaches. Restorative Justice is practiced by both lawyers and non-lawyers.

Efforts are underway to integrate these emerging and existing legal approaches with other sectors of society such as conscious business and economics, ecological sustainability, organizational development, collaborative government and others.

The Integrative Law movement finds expression through a range of organizations and individuals, from the large to grassroots. Due to its large membership, varying and strong beliefs, and occasionally cutting-edge nature, the movement is not always unified in its goals or strategies. Many involved in one area of the integrative law movement are not aware of their counterparts in other models, an indication of the diverse participants and processes in the movement. (For example, a collaborative lawyer may not know about the restorative justice movement, even though they share many foundational principles, values and perspectives, just as lawyers working in the area of environmental policy may not be aware of developments in divorce law.)

Integrative law recognizes that the legal system is a foundational institution of government and, while primarily involving lawyers, includes others who are interested in legal issues. At its broadest, the movement includes private citizens, professionals of all disciplines, students, public policy makers, and journalists who are impacted as users of the legal system. 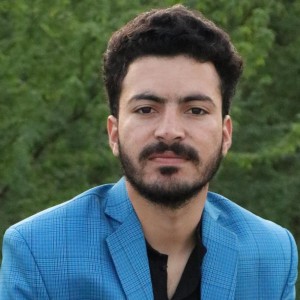 Conscious Contracts, also known as Values-based Contracts or Integrative Contracts, are a hot topic.  I am asked to teach this topic more than any other

What is Integrative Law?

Comprehensive Law Movement What is Integrative Law?    The Emergence of a New Legal System Recently, there has been a lot of attention on lawyers and

Conscious Contracts, also known as Values-based Contracts or Integrative Contracts, are a hot topic.  I am asked to teach this topic more than any other

What is Integrative Law?

Comprehensive Law Movement What is Integrative Law?    The Emergence of a New Legal System Recently, there has been a lot of attention on lawyers and

SECTIONS OF THE SITE